I don’t know what to do! M. has not been playing in the sand today and He doesn’t even look at me. What would have mother done? Would she have hugged him to sleep or stayed by his side? As I picture her here with us, I see that she would have cried for M. But what am I thinking? She can do much more than that! So, what if crying is the best thing that life has taught her? I am sure she would have done something more creative. What could it be?

Such was the turmoil in her mind as she looked at M. lying still over his long green leaves, barely moving and feebly breathing. She sat down right beside him but fearing that He might see her troubled, she slipped herself behind his back. No thing about the condition of the sleeping child could be seen from the place where she sat. She could not hold his hand or check his temperature or even look at his face as it flushed with red at the onset of the granulated sea winds. “What a waste!” She thought, “I do not know what I must do nor do I know how I must pass this time. If only M. could speak”. But the sick boy, by now red as a cherry and frail as a cotton bud, did not move a muscle. “How can He ever know what I am going through. It’s not him whose to sit still looking on at thin traces of life”.

“Un….Deux…..Trois…..” – Practicing the French alphabet on the sand was indeed very difficult. But with M. lying in the front it became an even more cumbersome task. She had to do something else. As the time passed the violent tussle between the still world around her and the noise of the thumping ocean took her away from her un-physical friends and stopped her eyes at the stiller body of the boy. How could he be lying motionless for so long? “I thought He would never tire away. But it seems that the sickness of the soul soon takes over from the weakness of the body”. Then, could he be dead now? Maybe, maybe not! And in case He DID happen to die, would I get to keep both the teddy bears? And what about the flowers mother got to them every week? Would she get to keep them too? It was an alluring thought. But, what could she possibly do with both of the bears? She detested the brown colour. And yet she would have to look after the brown teddy if HE DIED! No! He has to wake up and take responsibility of his teddy bear. She could not let him run away from the people who waited for him.

A giggle – or was it? Did he crack a laugh? Can he do that at such poor health?

Suddenly the boy moved. His red face was slightly brighter now, or maybe it was the sun which had glazed her eyesight. But, his round brown eyes shone with a tear of mist that made it way round his cheek as he giggled and turned his face towards her. She did not seem to understand him one bit. Can sickness make somebody crazy? She contemplated on that last thought a little longer. Uncle George did look crazy as he caught the “sickness of argument” from the “House of the Bounderbys”. And, Aunt Christi literally walked with heels over head after her night at the Mansion Party – “She sure did look mad” smilingly She whispered. And here was another Gramplean Heir knocking his wits off! She couldn’t help asking about his funny matter of delight.

“You nearly scared me with your stunt there M. And now you dare to laugh it off! Give me one good reason why it is so funny”

He almost choked in his breathe and huffingly said, “Didn’t you see that? Mr. Crab over there has stranded himself in the midst of the ocean!”

“So? What makes that funny?”

“I think it is a funny joke. The ocean did not need to swipe poor Mr. Crab off his feet. Look at him! For all he knows the world around him is merely a painted canvas. Would his being at sea make any difference to him when he never knew the shore. For all I know Mr. Crab might be singing “Heave-Ho! Off we go…..!!! aloud to the fishes. You can’t possibly threaten someone to their life if they’re already dead M.”

“This sounds funny coming from a person who was dead himself a while ago. How I delighted to think I might get all the flowers mother would bring”, she said with a pretentious sigh.

He turned over and She watched him resume his “death sleep”. While the granulated winds now rushed past her ears and brought the red of her younger’s face to her unsuspecting cheeks. Was it the silence of the warring elements she could not tell, but in that very quiet she found death and life together – for once! 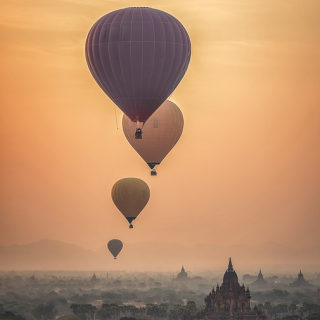